Dazee, welcome to the first of our Female Drum and Bass Artist features! Kick starting for 2015. 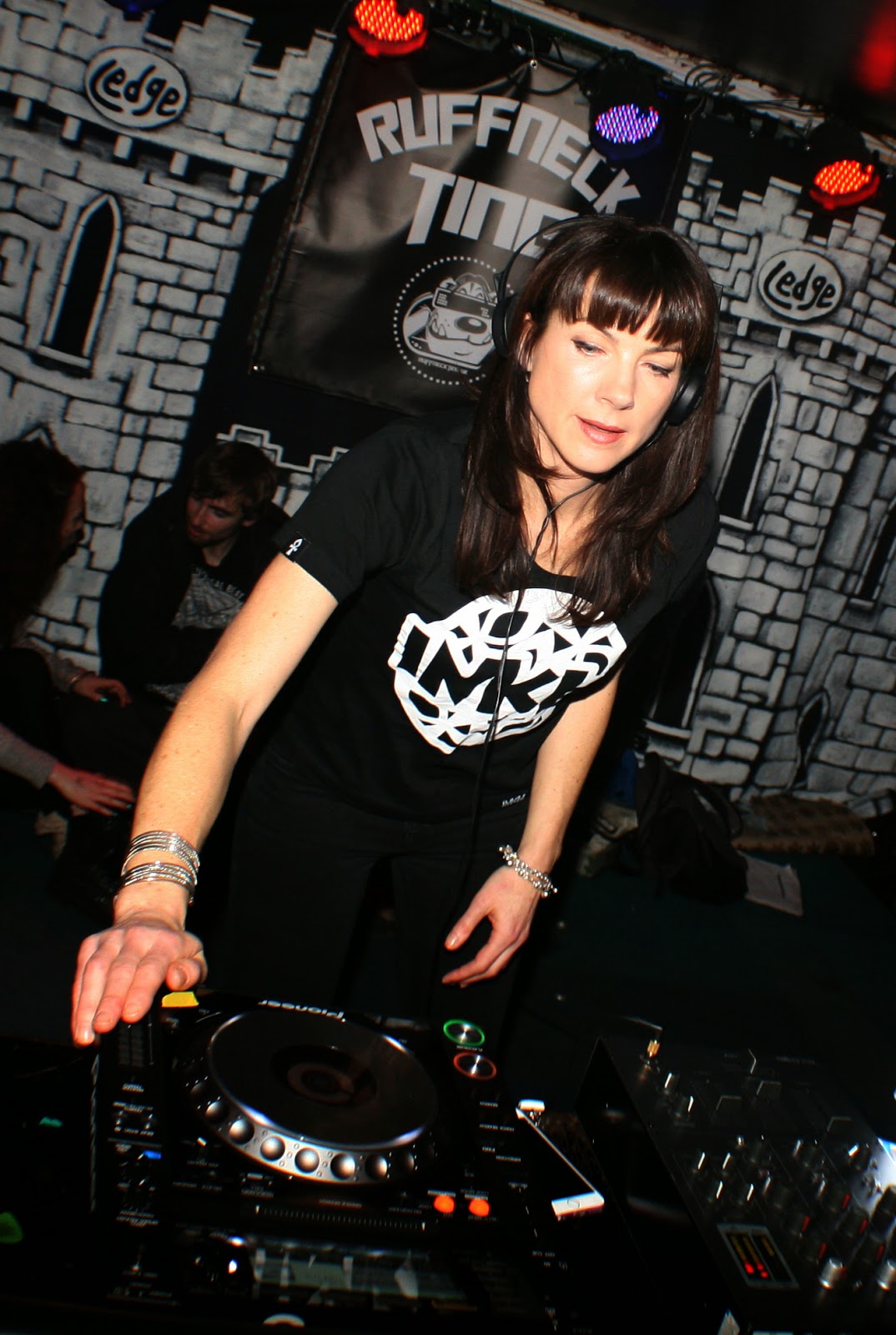 Have you always found mixing easy or has it got easier as you progressed?

It took a while to pick it up properly. I  remember doing my first demo mix (recorded on cassette tape) and  it was only about 20 minutes long because I couldn't get further without messing up! My flat mates called me DJ Sticky Glue because I wouldn't get off the decks, determined to learn my craft.

Bristol is your hometown, what is your favourite club there?

The last time I answered this question it stirred up a right old hornets nest so I’m gonna make sure the love is shared around a bit more this time lol!  To be honest - I like lots of them. We’re lucky in Bristol to be such a hub of club culture and have plenty decent venues to support that. I love  Motion and Lakota for the excitement of playing big events. Those two clubs are constantly expanding into more and more space so we cant get bored of them either, even after all these years! I like the 02 main stage for a very pleasant DJ-ing experience. I also heart  The Attic The Fleece and Basement 45, for underground vibes.

Your label, Ruffneck Ting has been running years now. When did that launch and what was your favourite release?

I think the label launched around 95, a year or so after the club started. Favourite release back then was “Damn Right” by myself and Markee Substance as it was probably the first one I was really proud of.

Talking about women in our drum and bass scene, do you think that it's easier as we are a minority or harder as we have to prove ourselves, or do you not think it matters?

Being the minority does make you stand out from the crowd but then you do have to work harder to be accepted and prove yourself . Maybe I speak for myself but I think that a typically female lack of confidence can be our own worst enemy. I know I still need to man up a bit, especially when it comes to releasing my own music!

Do you think sexism exists in the EDM scene with the amount of men to women booked on line ups or do you think it's because of the lack of women ratio to men?

The higher ratio of men to women is of course significant but there’s still an inexcusable amount of sausage fests going on! The good news is women DJs seem to be more respected now and DJs like B Traits, Hannah Wants Annie Mac are seen to have a huge influence on the EDM scene.

Do you have a favourite Female artist that you looked up to?

Well DJ Lisa (from Easy Groove and Lisa fame) was my first inspiration, Kemistry and Storm I massively admired and DJ Rap of course!

What DJ overall inspires you?

Randall has always been a favourite but I also admire people like Saxxon who are fab DJs as well as producer dons.

Any countries you haven't played in that you would like to?

The good old question of - your favourite gig ever?

Getting booked for Glastonbury last year was amazing, playing a rain forest rave in Puerto Rico was also amazing and back in 97, Universe. It was great fun plus they recorded my set and played it on radio one (one in the jungle).

Off your label, what tune are you really loving at the moment?

Well I love all of them but have to say I was really pleased with Vytols ep when we finalised it. When he sent “Here Me Out” I played it on repeat for a whole night. Sad but true. Also I cant get enough of “Evolve” by jinx, “Classic” remix by Saxxon, “Getting Busier” by K-jah, “Musical War EP” by The Force and Habitat, “Red Planet” by Range and Kable.

Production wise, what Daw are you on and have you always used it?

I use logic but started out with Cubase, a Roland 760 sampler and Atari computer. I used reason for a while too . I work on Cubase now a lot when on the co-labs and recently Studio One which seems like the splice of Logic and Cubase,

Can you give me a list of your favourite plug ins?

At the moment I particularly  like Serum (synth), obviously waves classics L2 and SSL compressor im still using. Also isotope. I like logics stereo spread too . I need fab filter in my life tho.


What's your favourite track you have produced?

What tracks are you working on now?

Colabs for the label with jinx, k jah and Saxxon.


Who have you collaborated with?

As mentioned above Jinx, K Jah and Saxxon. plus Dawn Raid , Octopi –and in the past I've also worked with Substance, D minds and Rap.


Why do you think women don't produce as much as men?

Focus, creative confidence and nerdiness. You need high doses of all three and I don’t think the majority of women are naturally like that.

Balancing a DJ Career, with a Label and other commitments, what do you like to do to relax?

Relax? What's that? Lol! No I do like to unchain myself from the computer and eat nice food and drink nice wine with my friends and family. Cant beat that. Or the odd hike up a hill.

Both. Not together tho.

When I next see you, what's your order from the bar?

Well if its before a set id go for nice bottled  larger . After a set, cider . If I'm off duty… lets get the shots in!

Tell us one thing about yourself that people wouldn't know?

I suffer from a serious condition known as Housework-a-phobia.

What gigs for 2015 are you really looking forward to?

All of them but especially Love Saves The Day in Bristol in May and Italy in April and the Ruffneck Ting Takeovers over the coming year.

What track on your label are you excited about forthcoming?

I'm always excited about every track we release but Jinx’s forthcoming album should be a big look for the label.

Any other exciting news about friends or other artists we should be watching out for this year?

Looking forward to introducing a  slightly different style to the label with our new signings Range and Kable.

Any shout outs and thanks?

Thanks to all Ruffneck Ting artists for making quality music for the label and extra thanks to Jinx who’s helped so much with the label. Thanks to Colin KMag for all sorts of  help along the way since the relaunch, Big thanks to all the smashing people all over the world supporting the label and thank you all promoters who've taken a chance and booked some bird to come and play down your night!

Thanks for taking the time out Dazee!

Last question and part of our Female DNB Features... can you nominate the next lady please?

Posted by Missrepresent at 14:01